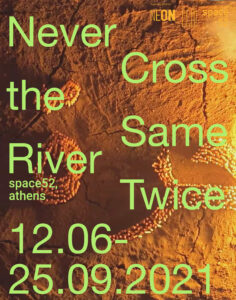 Never Cross the Same River Twice, curated by French-Togolese independent curator Kisito Assangni and Greek-British curator Ariana Kalliga, is a time-shifting survey of performances converging between video, film and installation. Initiated as a travelling research project in 2020, the exhibition connects two borders that unfold in tandem, tracing the recent video practices of 11 international artists selected by Assangni and 6 Greek artists invited into dialogue by space52, Athens. The exhibition embraces expansive videographies that aim to foster new forms of transnational and collective assembly.

The selected video works act as sites of visual contestation; cinematic aesthetics with narratives that re-remember; they reclaim histories and ancestries; decolonize both the mind and the imagination. Referencing Heraclitus’ river, which conceived identity as an ever-evolving and fluctuating entity, the title of the exhibition is a call to invent new grounds in place of entrenched environmental, political, and regulatory systems.

Exploring the limits of film as activism, several of the participating works reflect what Argentine scholar, Walter D. Mignolo, termed the ‘epistemic disobedience and decolonial freedom’ needed to rebuild just and non-colonial futures. 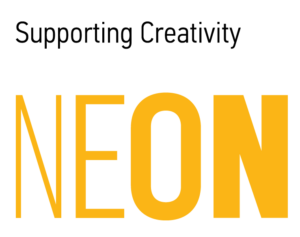 Next article Set to Go

We use cookies to ensure that we give you the best experience on our website. If you continue to use this site we will assume that you are happy with it.Ok