“Life Guarding” is based around water metaphors, both in its lyrics and its visuals. A film and collage by Wolfgang Tilmans, edited by Michael Amstad, it explores the shifts between micro and macrocosms, collages of body parts, fruit and insects, equally paying attention to the waves of the Atlantic Ocean as well as to the ‘same’ water in the form of drops, evaporating on a hot kitchen plate.

About The Queer Archive Festival

Designed to celebrate the very best of queer arts and culture, The Queer Archive Festival raises the curtain on another rich program of dazzling and provocative multimedia experiences from 3-6 June 2021. Open and accessible to all, our second festival edition remains focused on highlighting talent, encouraging creativity, promoting engaging and progressive contemporary art, which reflects modern queer culture, and ultimately creating a bustling hub that praises diversity and supports social inclusivity.

From Wolfgang Tillmans to Vassilis Kekatos, from Tamir David to Dynno Dada, from Xristina Trixa to Andy James, from a tribute to the avant-pop musician Sophie to discussions on the Greek queer art scene, Athens will resonate with artists from Greece and the world. For 4 days, The Queer Archive Festival will present video installations, exhibitions, walks, discussions, experimental artworks and performances that touch upon queered or queer-responsive approaches to human experience. The second edition of “The Queer Archive Festival” will take place in a variety of traditional and alternative spaces within Athens, from the National Garden and Pedion Areos Park to galleries and cinemas.

The festival is supported by the Onassis Cultural Foundation that considers culture as a meeting ground for human aspirations and freedom of expression, and supports the LGBTQIA+ community’s self-evident rights through its initiatives. This year, The Queer Archive Festival expands its partnership with the Onassis Foundation, as the Onassis AiR international arts research program offers hospitality and creative conversations for festival guests with the large and international family of artists who are creating through Onassis AiR research journey in the Arts.

Wolfgang Tillmans is an influential contemporary German artist. Emerging in the 1990s with his snapshot documentations of youths, clubs, and LGBTQ culture, Tillman’s practice has expanded to include diaristic photography, large-scale abstraction, and commissioned magazine work. “I want the pictures to be working in both directions,” the artist has said. “I accept that they speak about me, and yet at the same time, I want and expect them to function in terms of the viewer and their experience.” Capturing landscapes from an airplane window, still lifes of crustaceans, and portraits, his work conveys the profundity of an exhaustive archive. Born on August 16, 1968 in Remscheid, West Germany, Tillmans spent the early part of his career in London after graduating from the Bournemouth and Poole College of Art and Design. In 2000, he was awarded the prestigious Turner Prize, marking the first time the prize had been awarded to a photographer or non-British artist. In 2006 Tillmans established Between Bridges, a non-profit exhibition space located in Berlin. In 2017, the survey show “Wolfgang Tillmans: 2017” opened at the Tate Modern in London to critical acclaim. The artist currently lives and works between Berlin, Germany and London, United Kingdom. His works are presently held in the collections of the Art Institute of Chicago, The Museum of Modern Art in New York, the Hamburger Bahnhof in Berlin, and the Kunstmuseum Basel, among others. 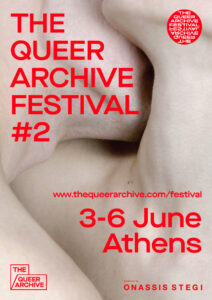